Matt Wyble moved his 14-person team to CENTURY 21 New Millennium in Serverna Park, Maryland, in the blink of an eye. Nora Aguirre moved herself to CENTURY 21 Americana in Las Vegas. Find out what they did before the move that helped the transition go smoothly.

When Matt Wyble, team leader for the Matt Wyble Team, CENTURY 21 New Millennium, found out his old brokerage was merging with another company, he knew that it was time for a move. “Our old brokerage, Champion Realty, was no longer going to be in business as that brokerage, so it was the perfect time for our team to move to a new brand,” says Wyble. “We used this as an opportunity to go out and see what the best option was for the team and me.” 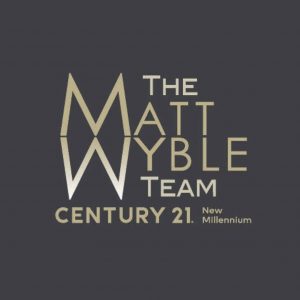 Within a week, he interviewed with several brokerages. “I call what I did speed dating,” says Wyble. “We had quite a few calls from brokerages but only took interviews with companies that had already been courting us.” Wyble says this was not a decision that he took lightly. “When you have 14 people on a team, then include spouses and kids, you realize how big an impact a move could be.”

CENTURY 21 New Millennium’s leaders talked about family and, says Wyble, “It spoke volumes to me. I didn’t want to hear about numbers. When CEO  told me that he’s still able to coach both of his kids and still produce top numbers, I thought, this is the place for me.” Within a week, the transition to the new brand was complete. Within the first 11 days at the new brand, Wyble’s team sold 10 houses.

Here’s how the transition was able to take place swiftly and with little pain.

For both Wyble and Aguirre, the most important thing is to have a plan and stay on top of it.

“Don’t get overwhelmed with the details. There will be bumps in the road during the transition, but nothing that you can’t handle,” says Aguirre. Wyble agrees. “It’s exciting. There are all these new tools and training, and you’re absorbing it as fast as you can, but at the end of the day, I want to make sure my team and clients are taken care of.”