Like other traditional brokerages, Century 21 HomeStar in Solon, Ohio, has undergone significant changes brought about by technological innovations. Broker/owner Tony Geraci says that around 2009, during the depths of the housing crisis, he consolidated offices to one location in northeastern Ohio. Because agents were able to do more from their homes, the office space was becoming less important. There was a trade-off: He was seeing less of his agents, some covering territory hours away in the southwest corner of the state.

In 2018, he and his partner, Brenda Mandel, created a new role: director of agent experiences. They tapped Brenda’s daughter, Julia, a recent college graduate, to fill the role. 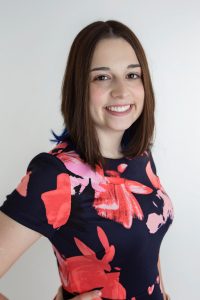 Julia Mandel is director of agent experiences for Century 21 HomeStar.

Geraci describes Julia’s role as akin to a concierge, reaching out regularly to HomeStar’s 410 agents to see how they’re doing and to make sure they’re updated on everything that is available to them from the office or from the franchise. Julia also assists support staff when information or paperwork is needed from agents.

Calling 410 agents is no small feat, says Julia. She’s put the established agents on a monthly rotation, but she calls newer agents once a week.

“They might talk about pending deals or listings,” says Julia. If they’re interested in training, “we might go over class schedules, listing paperwork. I help them with their problem areas.”

Other common themes that emerge in the calls are navigating Century 21’s support portal and lead generation. She will also discuss seller presentations and cold-call scripts.

“We want to know them personally, not just through a business relationship,” says Julia. “They might have family emergencies. We want to hear it from them and not through Facebook.”

Julia has a graduate degree in English and worked with classes as a graduate teaching assistant, an experience that helped prepare her for her role. In addition, she organized volunteers for A Voice For the Innocent. She’s working toward getting a real estate license.

Geraci believes that Julia, as the daughter of a partner, is more vested in the success of the brokerage. Plus, it gives a family feel to the firm. He knows he can text her 24/7 about business matters.

“It’s about trying to put a personal touch to agents,” he says, “We want to get to know them.”