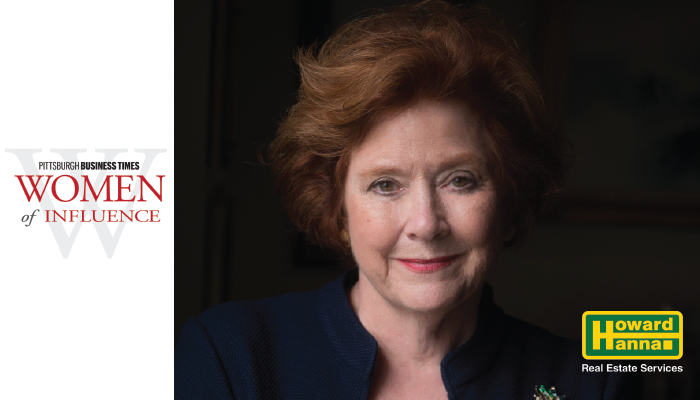 The Women of Influence awards honor the most influential women who have made a difference in their communities, blazed a trail for other women and left a mark on the western Pennsylvania business community.

“Helen Hanna Casey’s selection as the Career Achievement honoree for the 2019 Women of Influence awards was an easy one to make. As the CEO of the third largest real estate company in the United States, Helen has been a leader in her field and in Pittsburgh for many years.  Her incredible commitment to the community and to her company make her the clear choice for this award.”

An industry leader with more than four decades of experience, Casey has been named to the 100 Most Influential People in Real Estate list, has been recognized as the Most Powerful Woman in Real Estate, and has received numerous awards and other honors. In addition, she is often a requested keynote and featured speaker to women’s groups and business leaders throughout the country.  She currently serves as chair of the National Association of Realtors (NAR) 2018 Corporate Ally Program Advisory Board and served as chair of NAR’s 2017 Corporate Investor Council.

Equally dedicated to the community and to the region, Casey is a member of the Allegheny Conference on Community Development Executive Committee and the chair of its Strategic Communications Committee. She is a member of the International Women’s Forum, is a past chair of the greater Pittsburgh Chamber of Commerce, sits on the board of TriState Capital Bank, and chairs the board of the Pittsburgh Civic Light Opera.