The International Association of Real Estate Professionals’ (IARP) is featuring a global interview campaign called “Journey to the Top,” which takes an in-depth look at some of the top real estate professionals around the world. The most recent honoree is Los Angeles, California powerhouse Santiago Arana of The Agency. 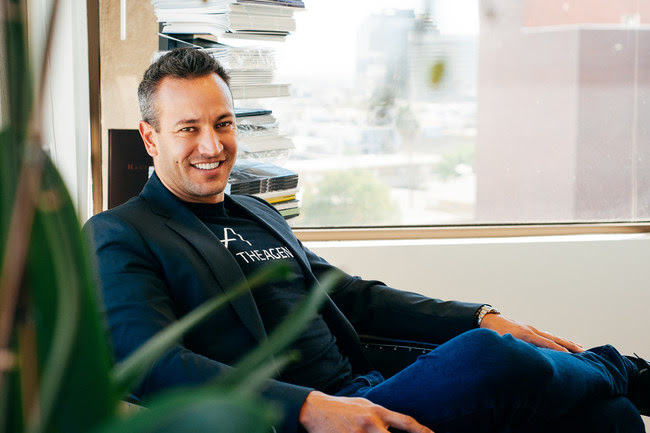 Ranked no. 6 in the country on REAL Trends’ The Thousand in 2018, Arana is part of a power trio that includes Billy Rose and Mauricio Umansky. But before his rise to become a high-powered agent, Santiago struggled. Fresh out of school, he immigrated from Bolivia to the United States with $130 in his pocket. He didn’t know much English, and initially worked as a busboy in a Montecito restaurant, becoming a waiter as he became more fluent.

He told interviewers with IARP that he channeled the will power of a “conquistador” when he decided to get into real estate, but was nearly derailed by the housing crash in 2008. He was tempted to return to the steady income that waiting tables provided, but had a revelation, that led him door-to-door, cold-calling for business. “I was showing the universe that, you know what, I’m here to stay, and you’re not going to get rid of me that easily.”

He believes that because so many agents were quitting during the dark days of the housing crisis, it gave him more opportunities, helping him build his business.

Santiago joined The Agency in 2014 as principal and partner, specializing in high-end residential real estate and new construction in communities around Los Angeles–including Beverly Hills, Brentwood, Santa Monica and Malibu. He sometimes reflects on reality TV’s depiction of the industry. “You know, all these young kids want to be real estate agents because they watch these TV shows. They see agents riding around in their Ferraris and their Rolls Royces, and you know, half of that is not true. With every career or with any successful person, everybody only sees the success. What they don’t see is what happened before the success; what it took to get there.”

To read his full interview with IARP, and to watch the digital version, you can visit the blog post here: www.iarp.com/santiago-arana.