Suneet Agarwal will be the first to tell you that when he began working as a real estate professional several years ago, finding the right mix of culture and technology at the brokerages he worked for was a matter of trial and error. 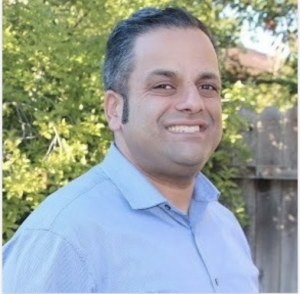 He tried working with several organizations, he recalls, “the big names, the smaller names—and it was never really that great of a fit, whether it be culture or splits or just being welcoming to team environments and new technology.”

But when he met the team behind BigBlock Realty in San Diego, that changed. “We became good friends, we started talking, and then they wanted growth,” he said. “So we decided, together, to open BigBlock in Sacramento.”

To get his team, the Best Sacramento Homes Group at BigBlock, up and running, he began working with online lead programs. That effort also required some trial and error. Some of the programs generated leads from people who had recently done a Google search on a home, but they were still years away from buying or selling.

“The amount of nurturing that takes,” said Agarwal, could be a bit “labor-intensive for a bunch of agents who are wanting to make money now.”

“One of the main benefits of Realtor.com is the leads are closer to the bottom of the buying funnel,” said Agarwal. “An agent can start today and have an escrow within two weeks.”

That incentive is big for Agarwal’s youthful team; about 30 percent are new to the industry.

“We have these agents who are making the best money they’ve ever made in their lives. I have several [who are] newly licensed—six, seven months or less—and newly on the team … and these guys are solely like three, four houses a month, all from Realtor.com.”

Having a strategy for handling the leads has been important.

He uses an automated system to ensure that contact is made regardless. But it’s also paramount to have an inside/outside sales agent (he doesn’t differentiate between the two) reaching out “as fast as humanly possible,” he says.

“Without them, I don’t sleep at night,” he says.

It’s also important to “know your scripts,” he advises.

“We practice scripts once a week in a role-play setting because the agents that embrace the scripts the fastest do the best.”

It’s been an effective system for Agarwal’s team; he estimates that 60 percent of sales in the pipeline are from online leads. Realtor.com has become so important to his team’s growth that he mentions it when recruiting new agents. “I found that 90 percent of the agents that join my team are doing it for our leads. Do these agents necessarily know the quality of a Realtor.com lead? Not until I tell them.”