Growing up in the inner city of Baltimore, life was far from easy for Leon Robinson, a 29-year-old sales associate with Coldwell Banker Residential Real Estate in Baltimore. In fact, most people would find it difficult to rise above; yet, Robinson did so, but not without some hiccups along the way. “My parents were addicts, so they struggled not only with independent responsibilities but with taking care of their children and providing them the necessities that they needed to live a stable life,” says Robinson.

In fact, Robinson says, they moved from shelter to shelter, even living in abandoned buildings, before landing in Section 8 public housing. “We were living in the projects and got evicted. The rent was only $100 a month and my parents didn’t have the means to pay for it.” That’s when the stability Robinson craved came in the form of his half-sister and her mother.

“I remember vividly [sleeping] in that abandoned public housing unit for at least one night, and then my sister’s mother and my sister, thank god, stepped in. My sister, Kishawna Robinson-Bryant became my legal guardian,” he says. At that time, his father was in rehab (he was an alcohol and drug abuser) trying to clean up his life. He couldn’t take care of Robinson because “he was battling his own demons.” Robinson’s mother wanted him to live with his father.

“Growing up in the inner city and not having both parents together working to build a solid foundation was something that, at a young age, I didn’t really have. When my sister, who was only 20 years old and had a baby of her own, and her mother, Bernadette Brown, took me in, they were there for me at an instrumental time in my life. If it weren’t for them, I would have gone into a foster care group home.” However, the truth is Robinson’s outlook was responsible for much of his success. “I always knew that there was something better for my life,” he says. He also knew he wanted to be a businessman and graduate from college. And, he focused on doing well in school and playing basketball, which served as a positive outlet for Robinson.

His insistence on being successful was what got him to University of Maryland, Eastern Shore in 2007. However, according to Robinson, he was making the same bad choices he had been making most of his teenage life—selling drugs, hanging out with the wrong people and participating in risky actions. It all caught up to him in 2008, when he was 19 years old and charged and convicted with attempted robbery. “A few guys from Baltimore and I went to rob some people, and it backfired on us.” He was a sophomore in college, partying and gambling. After losing money, the group decided to rob people to make up for the loss.

He was ultimately sentenced to three years in prison. Robinson says he didn’t expect to get prison time since it was his first offense. While there, he says, he reflected on his life and stayed away from the gangs and drugs on the inside. “I was paroled after six months for good behavior and was on home detention for 90 days,” he says.

You would think that would shock him into good behavior, but says Robinson, it was very difficult to bounce back. “I was still making bad decisions while out on parole, but I knew the pathway for me would be to get my credentials and [graduate] from college.” So, finally, in 2011, Robinson made a choice. “I finally understood that my life isn’t just about me. It’s not about my selfish desires, my selfish decisions. I realized that I went through this experience and it gave me the motivation to start from the ground up and finish what I started,” he says.

He returned to college, this time at Morgan State University in Baltimore. He graduated in 2015 with a business degree. “Education has always been important to me. I knew it would give me stability. I was a first-generation college graduate. I did something no one else in my family did.” After finishing an internship with Enterprise Rent-A-Car and graduating college, Robinson took a full-time job in sales with the company. 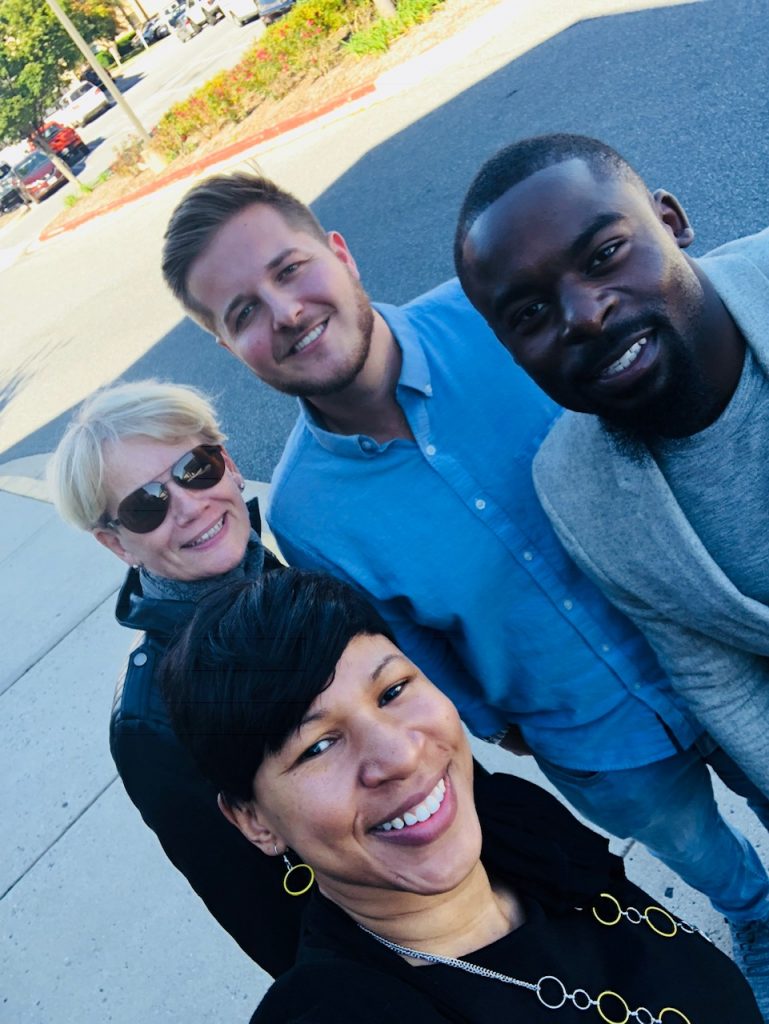 However, while thankful for the opportunity, Robinson didn’t want to be in a career where he felt locked down. “Being a real estate agent gave me the outlet to control my income and career, so I took a real estate course and earned my real estate license. About five months after earning his license (in 2017), he left Enterprise to join a local real estate brokerage. “The culture of that brokerage didn’t fit with me. I needed the education to strategically apply my business knowledge into a real-world environment.” Robinson found that with Coldwell Banker Residential Real Estate. “Nakia Evans [his manager] and I really hit it off. She’s been a great motivator and leader. She guided me and opened my mind about real estate. It’s so much more than selling houses. It’s about giving back to the community. It’s a career where you can come from humble beginnings and excel.”

“When I met Leon, he came from a different brokerage and one of the first two people I recruited to Coldwell Banker,” says Nakia Evans, GRI, PMN, associate broker and branch vice president of CB Residential Real Estate Baltimore at Fells Point. “What I noticed about him is that he was used to working by himself. He didn’t have a coach or anyone to help him with his business. I asked if I could coach him and give him the business knowledge I had, such as how to time block and prioritize. If I could help him with that, he could grow his business quickly,” she says. Now, Robinson is thriving. He’s quickly building his business and applied to the National Association of Realtors® 30 Under 30, which will be announced in March.

In addition, he recently launched BENJI Consulting, which stands for Begin Every New Journey Inspired. Through that company, he offers business and marketing coaching for real estate agents and entrepreneurs. He’s also a motivational speaker, inspiring young adults through a local program called Civic Works.

“My success professionally has given me a different outlook on my life. I want to inspire other people to take the chance on themselves,” he says. “I’m only 29, and I have my whole life ahead of me. I’m truly grateful, and I hope that my story and journey can impact and inspire people to know that they can do anything that they put their mind to. They’ve got to keep fighting and never quit.”