I love this industry.  It’s been my home for 44 years now.  In my time, there have been three significant recessions and one minor one.  We all hear that the recovery from this one we are now in will be a “V” shaped recovery—fast downward move followed by a fast upward move. We all pray that’s exactly what will happen.

While today’s market is unprecedented, the history of housing recessions tells us something different. For instance, the housing market peaked at nearly 4 million unit sales in 1979 before crashing to 1.9 million in 1982, a 50% drop in two years. The next peak was in 1988, when the industry had 3.6 million closed unit sales. Notice we still didn’t get back to 4 million units even though the number of households climbed from around 80.8 million households to 91.1 million households in 1988. 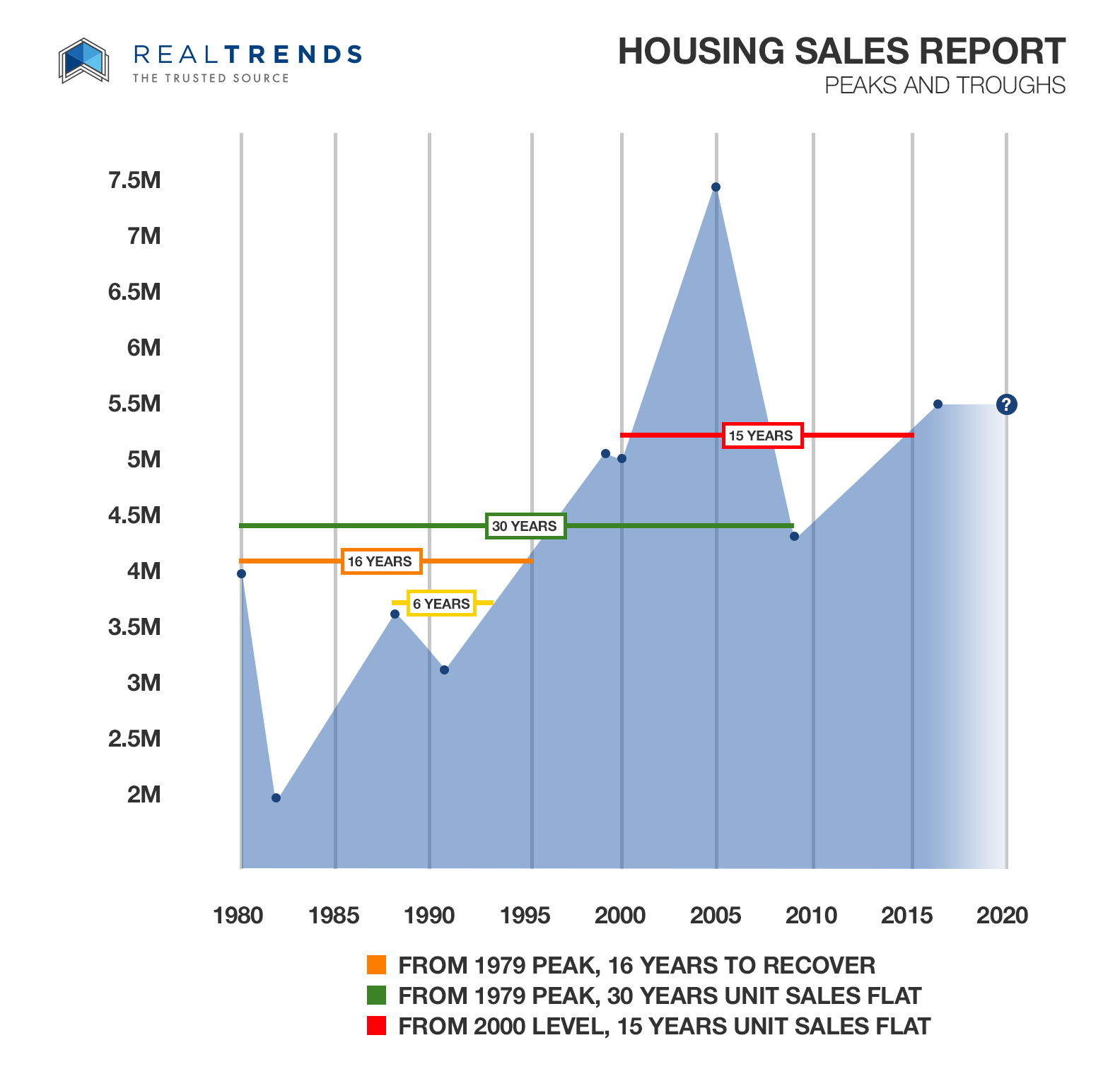 One other interesting fact: The industry hit 4 million unit sales in 1979, and did not hit that number again until 1996—nearly 17 years later. The peak of 1999 at 5.2 million is only slightly exceeded by the peak of 2017 of 5.5 million unit sales—that’s in 18 years. One must excuse the burst of housing sales from 2003–2006 for the excess of mortgage laxness which we are all too aware of today.

I would love to think that this will be the first “V” housing recovery in the last 40 years (which didn’t have funny money mortgages involved).  History indicates otherwise.  Recessionary shocks to the entire economy typically unnerve consumers especially when it comes to housing. The history of the last 40 years instructs us that recoveries are often drawn out over years, not months.

I share this with some reluctance because it has far-reaching implications for every brokerage and agent in the country. I’m also reluctant because, of course, this could be the exception to the last 40 years of brokerage sales history.  Why?

In short, once this shock wave has passed, will Americans yearn to get back to a life that many enjoyed fully?

We think this is true. Despite what the long term track of housing recovery tells us, this time will likely be different.