Purplebricks Changes Seller Fee; Commissions to Be Paid Upon Closing

The discount brokerage’s ‘success-based fixed fee’ can be calculated on its site.

Purplebricks, a discount brokerage founded in the United Kingdom, has announced it will be taking a more traditional approach to its fee structure in the United States.  On its U.S. site, the company says its “market variant flat seller fee” will only be charged after a successful home sale. “This change supports continued growth while maintaining a consumer-friendly fixed-fee structure” that is below the national average.

The new approach, which took effect Jan. 22, positions them more closely with traditional business models that pay brokers when a deal closes. 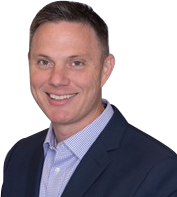 “These changes have been informed by customer and agent feedback and are designed to drive increased market penetration and support continued growth,” Eric Eckardt, the U.S. CEO of Purplebricks, said in a statement reported by Inman.

Purplebricks entered the U.S. market in 2018, with the flat-rate listing fee of $3,200 — later increased to $3,600. Consumers can now search Purplebricks’ website to find the fee for their ZIP code. The fee for marketing a $630,000 home in Los Angeles would be $5,950, according to the site calculator. (The site notes that the traditional fee for the buyer’s agent is not included.)

In the U.K., Purplebricks still charges sellers an upfront fee.

The company reported results for the first half of 2018, and at that time said the brokerage had 140 agents in the U.S. and operates in seven states.

The expansion has come with growing pains, and the effect of Brexit may also be having an effect on share prices. The Motley Fool reports that share prices lost 62 percent of its value in 2018 and it is likely its “descent to extend well into 2019 too.”