As a Green Beret, Levi Rodgers, broker-owner of RE/MAX Military City in Houston, was prepared for the risks involved in serving his country. “In 2009, my team and I encountered an IED (improvised explosive device) while on patrol. Everyone in the vehicle was killed, except me.

I woke up two weeks later, and my life changed. I deal with the burden of knowing that the decisions I made or didn’t make led to the death of four men,” says Rodgers, who earned a Purple Heart after surviving the explosion. “From that day forward, I wanted to make sure I took advantage of any opportunity I could to help others,” he says. 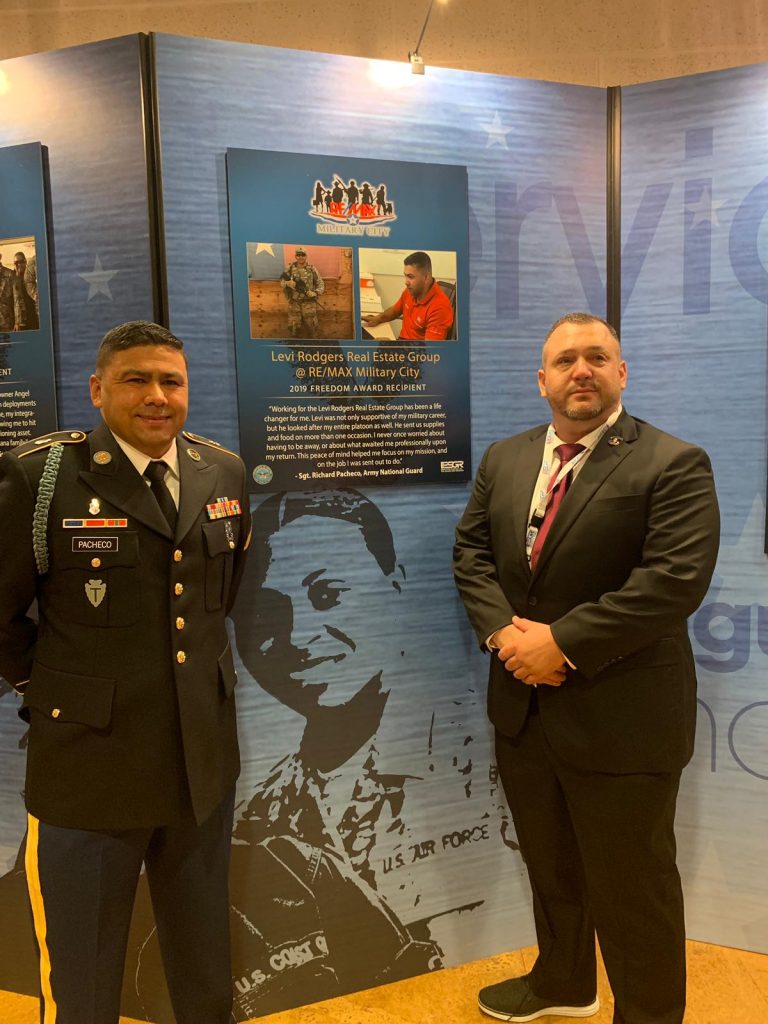 “From that day forward, I wanted to make sure I took advantage of any opportunity I could to help others,” he says.

For Rodgers, owning a real estate brokerage is about more than profits and selling homes. It’s about supporting military veterans and their families—whether they’re working for him or buying or selling a house through his company. “I’ve been in real estate since 2012 and was in the Army when I started. Once I transitioned out of the Army, I grew my real estate business and eventually purchased a RE/MAX franchise,” he says.

RE/MAX Military City specializes in helping members of the military and their families achieve the dream of homeownership. The company also actively recruits veterans and members of the National Guard and Reserves as employees. The soldier who found and rescued Rodgers after the IED explosion is a member of his real estate team. Of the 40 people at the brokerage, 80 percent have military service or are military spouses. 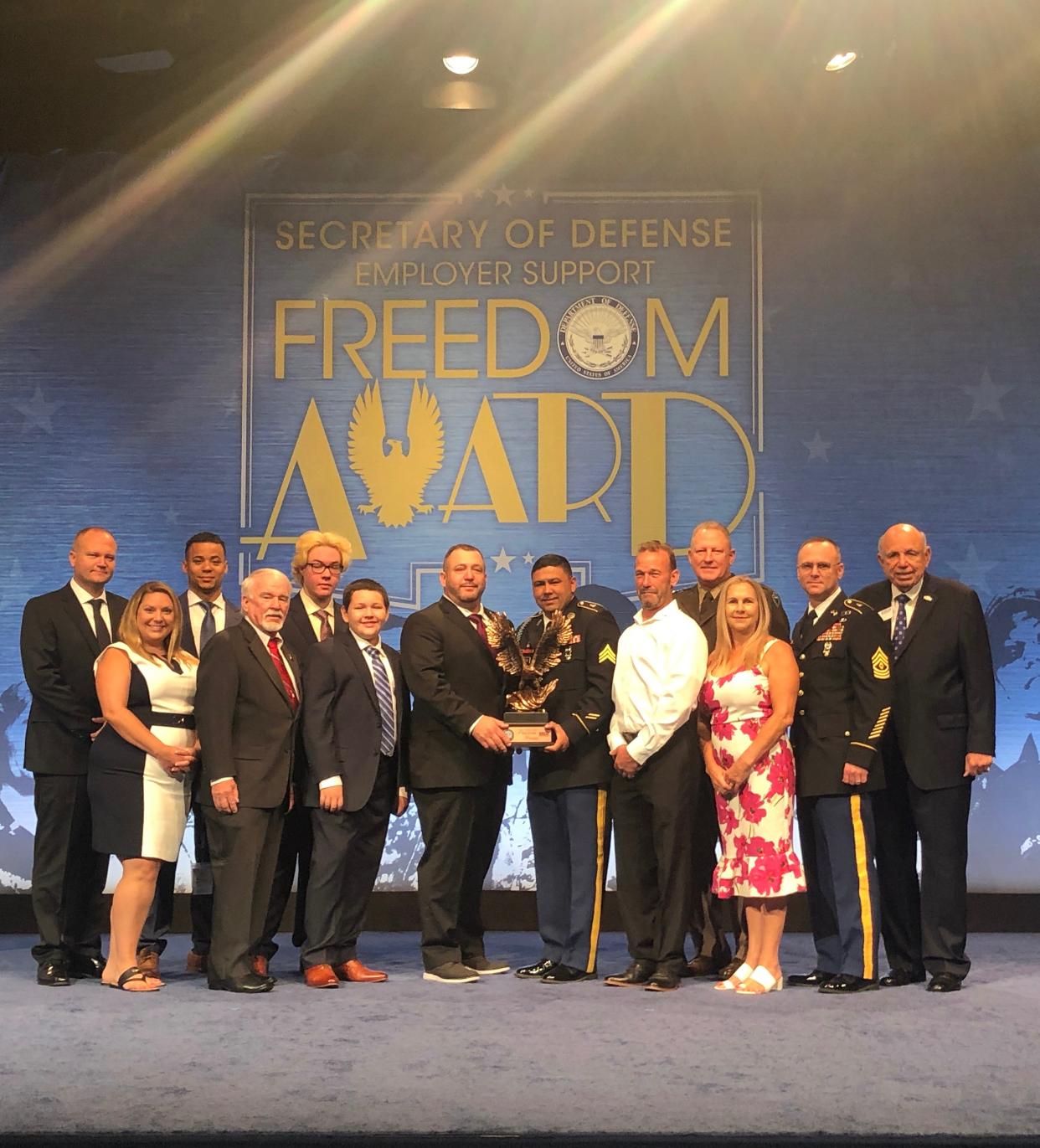 His company was one of 15 recipients of the 2019 Secretary of Defense Employer Support Freedom Award, the highest U.S. government honor given to employers who go above and beyond for their National Guard and Reserve employees. As part of the award, Team Leader and Broker-owner of RE/MAX Military City Levi Rodgers was honored with an invite to the Pentagon in August.

Recipients of the prestigious Secretary of Defense Employer Support Freedom award demonstrate an exceptional understanding of the situations and duties of their Guard and Reserve employees. This is the first time a real estate company of any size, let alone a sales team has received the award. This year’s list of honorees includes national brands such as Chevron, Nationwide Mutual Insurance Company, and Cracker Barrel.

“It’s important that National Guard and Reserve members know they can serve Texas and the United States and not have to worry about the financial burden that often comes along with that service,” Rodgers says. “Whether it be through purchasing necessary equipment or providing pay to the service member while they’re deployed, The Levi Rodgers Real Estate Group at RE/MAX Military City is very proud to support warfighters and their families in any capacity.”

Richard Pacheco, an office manager at RE/MAX and a member of the National Guard, knows firsthand how that support impacts his work when deployed. “Shortly after I joined Levi’s team, I was deployed to help with the aftermath of Hurricane Harvey. I was also deployed to Somalia. I’ve been back since May. I left Levi in the middle of everything, yet he met me with snacks and water while I was pulling people out of the water after the hurricane. 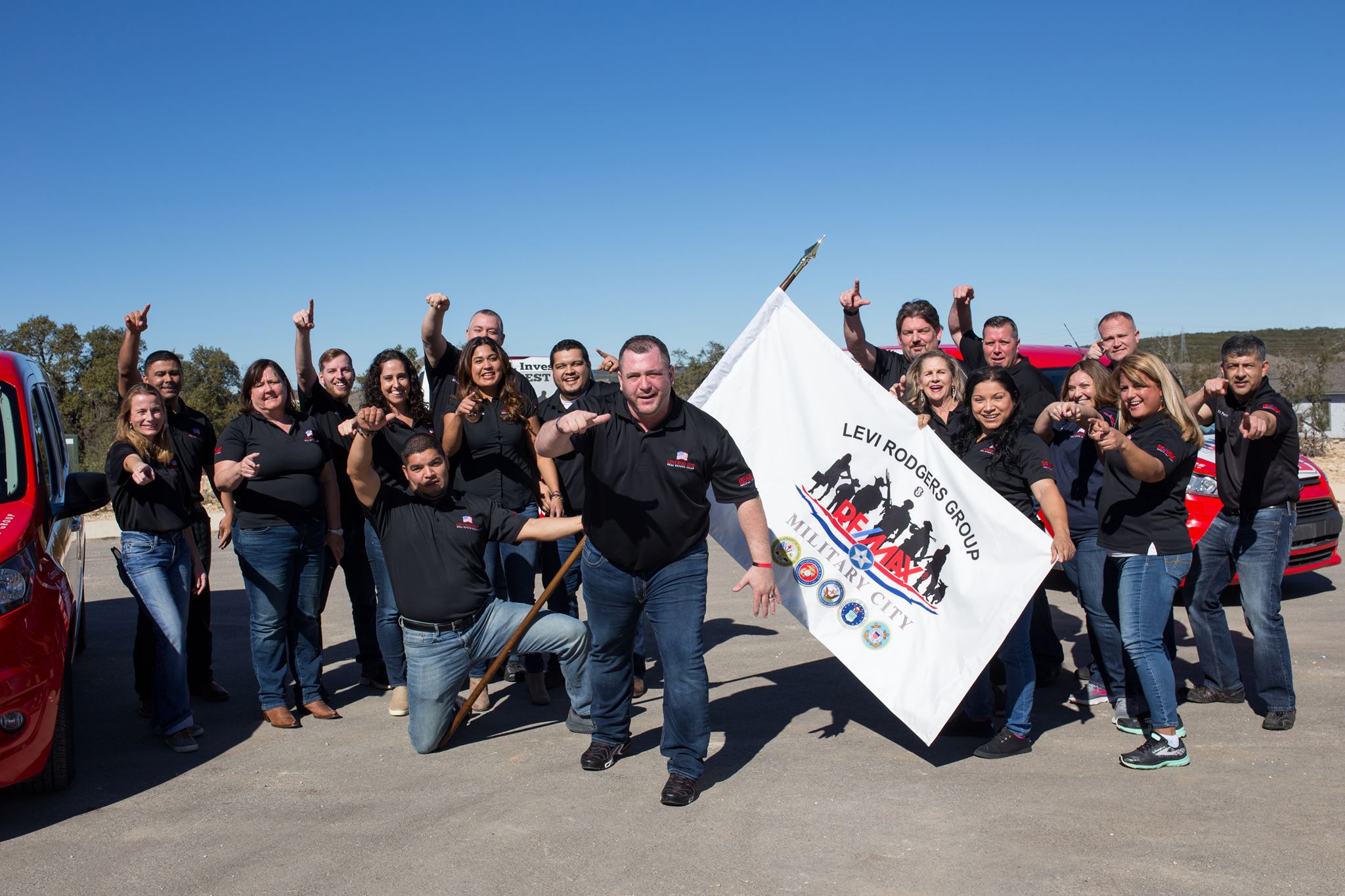 He pulled me aside that day and said, ‘Don’t worry about anything. I’ll take care of you.’ And he did. He made it clear that I would not have to worry about work or finances. When I was in Africa, he and other team members were always checking in. He even made sure my family was taken care of and recognized,” says Pacheco. “On my daughter’s first day of school, Levi sent flowers to my wife and daughter. He reached out to my wife while I was gone.”

“What creates anxiety is that they [those deployed] have to live wondering if they have employers who can financially support them,” says Rodgers. They need employers to support them and be stable financially.  Small businesses get caught by surprise and don’t realize how big of a commitment it is to help these guys. I don’t think any service member should be hindered due to their service,” he adds.

Rodgers wants to encourage brokers to offer vets an opportunity to join their firms. “Offer them an opportunity. It’s so amazing for your community, and you’ll be amazed at what they have to give.”
For more information about the award, go to Freedom Award