Real Estate Pros: How to Get the Most Out of a Networking Event 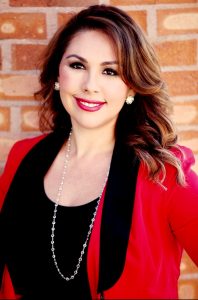 Felicia Beltran reveals the top mistakes that agents make when networking, and tells how to break through these barriers.

Felicia Beltran attends 10-15 major events every year, participates in a weekly networking group, and is very active on social media, the latter of which is her number one lead nurturing tool. “For me, it’s about making the connections in person,” says Beltran, a REALTOR with RE/MAX Associates in Pueblo, Colo., “and then nurturing and fostering those relationships through social media.”

A National Association of Hispanic Real Estate Professionals (NAHRP) board member, Beltran credits her participation in group events—despite the distance she travels to get there—with helping to build her client pipeline. At the most recent meeting, she met a title company professional who within days referred her to a new client.

Here are the top three mistakes that agents make when networking, and how to break through these barriers:

Finally, Beltran also tells agents to always ask for the business. “Why put yourself out there if you’re not going to ask upfront: Do you know anyone looking to buy or sell?” she says. “When you have the courage to ask, people will be more willing to keep you top of mind.”