Competition is fierce among those ranking brokerage firms. But, ethics, accuracy, and verification are what matter most.

On March 27, REAL Trends proudly released its annual REAL Trends 500 and Up-and-Comers report which ranks the top residential brokerage firms in the country. This study—now in its 31st year—is the standard by which all other rankings are measured. That’s because firms have the option to willingly submit their numbers and third-party verification. That is the standard set by REAL Trends that sets our report apart from others.

Recently, another firm released its own brokerage rankings. That makes them the third firm to do so. They claim that their report is “the most comprehensive, accurate brokerage” rankings. Their press release also says, “Without the best data available, assumptions and decisions are flawed before they’re even made.” Further, the release says, “We are determined to include all of the nation’s largest companies, whether they participate or not.”

Their claims fail in a number of ways. First, located in their footnotes, they admit that they made up the numbers for four of the top 15 firms in the country. Not only are these numbers wrong; they are wildly wrong. Second, they are still missing many firms that belong on the list. These are firms that REAL Trends is aware of; however, we don’t publish their data because they did not choose to have their data released. We respect that decision.

The problem with their claims is that they fail to understand the respect a company must have with its clients. The authors of this other report have told brokerage firms that if they don’t submit their data, then the authors of the third-place ranking report will make up the numbers. They will put in whatever they think are the right numbers. REAL Trends has corroborated this information from several sources. Rather than respect the privacy of brokerage firms that chose not to participate, this company tries to force them to do so.

Now, let’s talk about third-party verification—the reason that REAL Trends is the standard to which all other rankings is compared. The third-place ranking does not require third-party verification. From their own admission, they made up data for at least four of the top 15. And, now that they add agent count data (for analysis purposes they say) which leads to another problem—they don’t verify agent counts. As we know from long experience, these numbers are among the most easily manipulated for the purposes of one brokerage firm being more productive than another. It will lead to grossly misleading statistics now and in the future in calculations of this kind. They just don’t know it yet, because they don’t have any history doing this kind of work.

Brokerage firms don’t live and die by where they rank. These firms like our report because it gives them a sense of what they and others are doing, and which businesses are growing and which are not. Most importantly, they have always enjoyed it because it is the most accurate due to independent, third-party verification. It is this feature that makes the REAL Trends 500 the most respected, even if not every brokerage in the country is on it.

Finally, the REAL Trends 500 is not meant to glorify the authors of the report, but rather highlight the incredible brokerage companies that dedicate themselves to building and growing their companies. We have always tried to do the best work we can and let the work speak for itself, just like brokerage leaders do. The relationship we have with those who provide their data and submit to the verification process is the reason we have the most successful brokerage ranking in the industry. 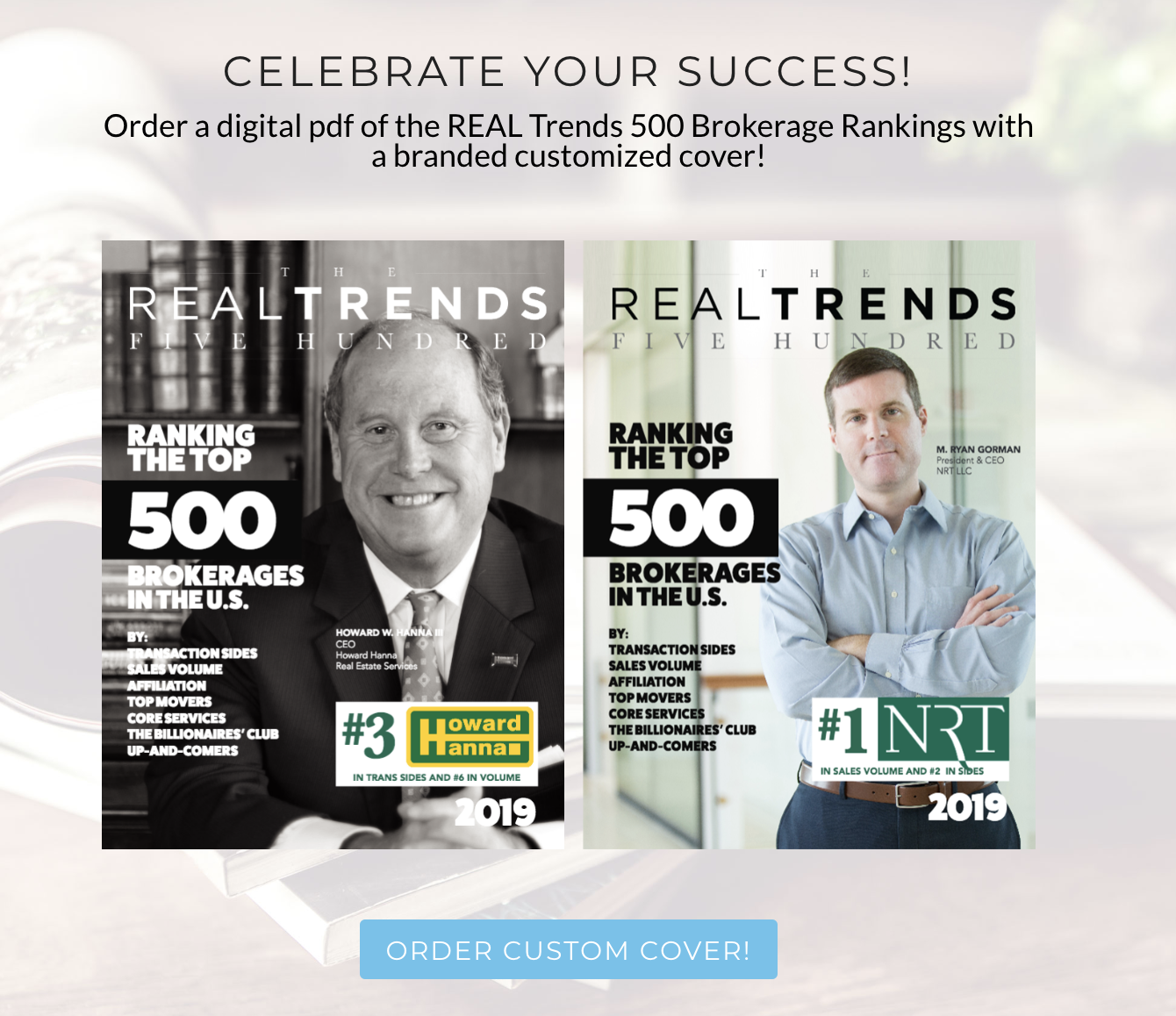