The Market for Mergers and Acquisitions

As the markets shift, so do mergers and acquisitions. Here are some trends we’re seeing.

In the last two months, we assisted two brokerage firms, Joyner Fine Properties of Richmond, Virg., and Heritage Texas Properties of Houston, to combine with two other local firms. In the case of Joyner, it was with a local, strong credit union. In Houston, it was a merger with another local privately held brokerage, Better Homes and Gardens Gary Greene Realtors®. Both mergers were similar in many respects to how the market for residential brokerage mergers and acquisitions has changed in the past two years.

One of the most significant changes apart from the absence of NRT and HomeServices is that the prices and terms that the market is willing to pay have also softened. With the biggest acquirers out of the picture (for the most part) active purchasers and investors, such as Pittsburgh-based Howard Hanna, have adjusted to both the lessening of competition for premier brokerage firms and the softening of the U.S. housing market.

This is not to say that the market for M&A has softened. REAL Trends has had a record number of clients both seeking to acquire as well as those looking for purchasers or investors for their firms. Our advisory work for both kinds of firms has been at record levels for the past two years at a minimum.

For those who are looking to exit equity from their brokerage firms or those looking to acquire for growth, we publish a special booklet called, Valuing Small to Medium Sized Brokerage firms which covers the topic in some detail and is based on our experience in the market for mergers and acquisitions.

It is also important to note that while the prices and terms being offered in the market today are less than they were two years ago, they remain well above those of the 1990s before the entry of NRT and HomeServices. Smart brokerage firms look at both organic recruiting and carefully orchestrated mergers and acquisitions to grow their businesses. We expect the market to continue to be very active for both those willing to purchase or invest as well as those seeking to sell their companies or perhaps exit a part of their equity. 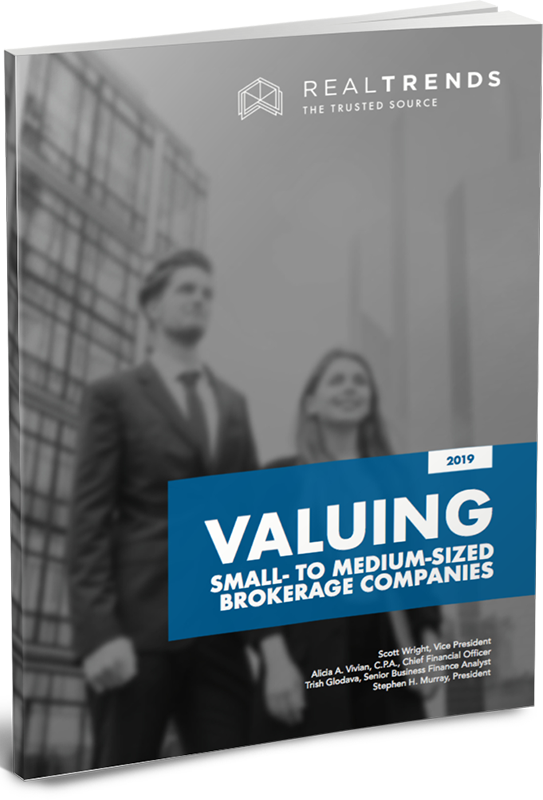