Live and Invest Overseas, the world’s leading resource for overseas travel, investment, real estate and retirement, has announced the release of its top places to buy real estate in 2019.

“This past year we’ve positioned ourselves for profit from townhouses on the coast of Brazil and long-term care homes in the U.K. From turnkey rentals in Colombia, Portugal and the Dominican Republic, and from an ignored but important Panama City niche pre-construction market to organic agriculture in Panama, a truffle farm in France, and a teak plantation in the Darién,” said Lief Simon, director of the Overseas Property Alert for Live and Invest Overseas.

“The good news is that some of these top opportunities of 2018 remain available as we turn the corner to 2019. As we look ahead, here are six markets you should have on your radar.”

Simon says he has made two investments in Brazil—”one in agriculture in Fortaleza, which is on track to begin paying out in 2019 and, this year, in a pre-construction coastal townhouse in the same Brazilian state.”

Both are yield plays. The projected rental returns for the townhouse are in the range of 18 percent.

Fortaleza is a particular market of focus because it’s an emerging international tourist destination that is significantly undervalued. 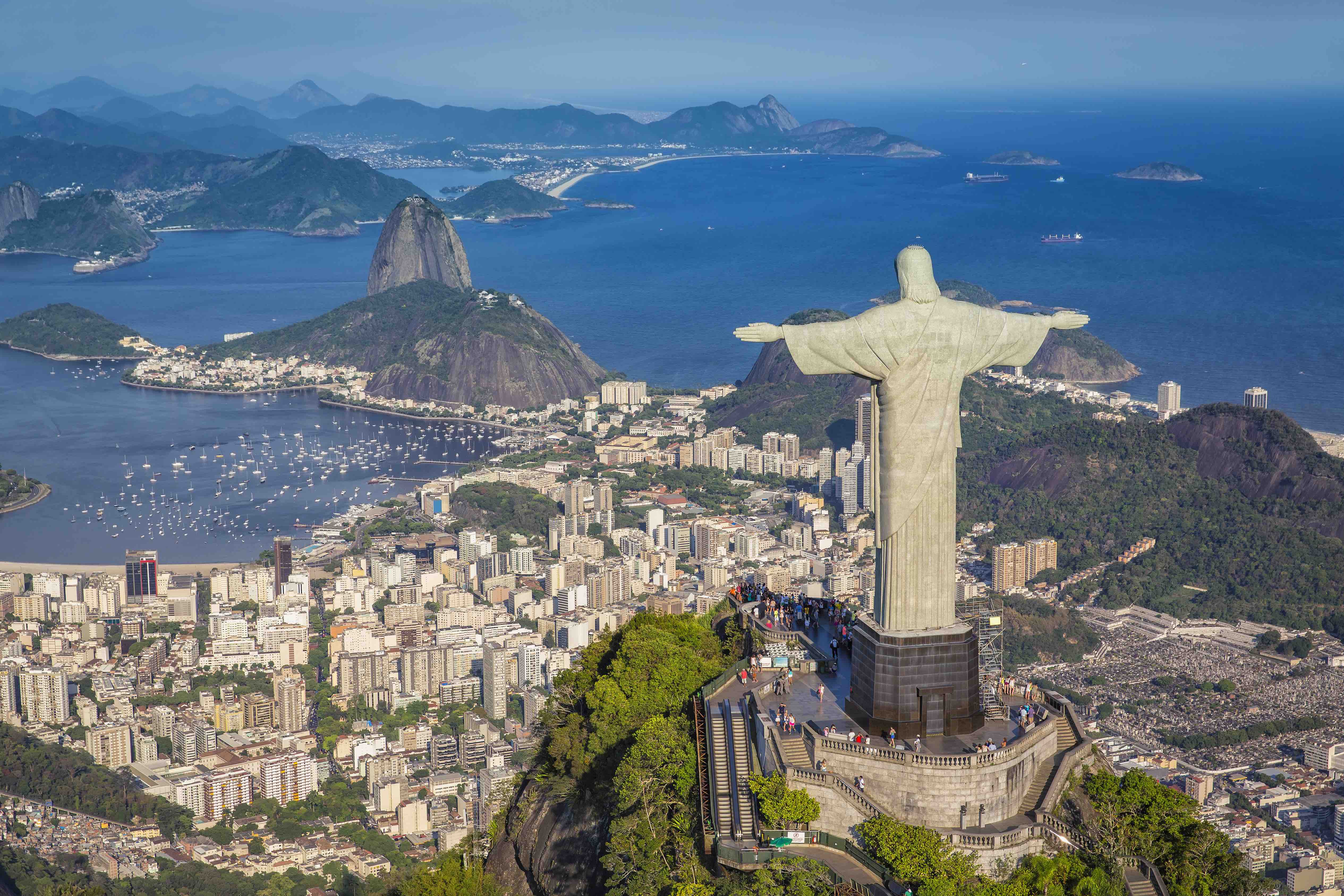 One concern has been access. Historically, to get from the United States to this region of Brazil, you had to fly hours south and catch a connecting flight back north. Brazil is a big country.

Now many new direct flights make the Fortaleza airport much more easily and much less painfully reached from both North America and Europe.

Thanks in part to this improved access, the area is receiving growing numbers of foreign tourists.

“My French chiropractor mentioned during my most recent visit that he just returned from a kite-surfing vacation on this Brazilian coast,” said Simon. “Still, though, in-country tourists make up much of this market, and the townhouse development I’ve reported on – and invested in – this year targets local weekend visitors.”

That coastal community has sold out. However, the developer is looking for more land so he can build more townhouses. The demand is there.

Simon added two Belize investments to his portfolio: one in the Cayo District, in the country’s rain forest interior and the second on the Caribbean coast of Ambergris Caye.

In Cayo, a developer with an extensive track record is creating a tiny home neighborhood in his self-sufficient community. These efficient little cottages work both for full-time living and as rental properties. 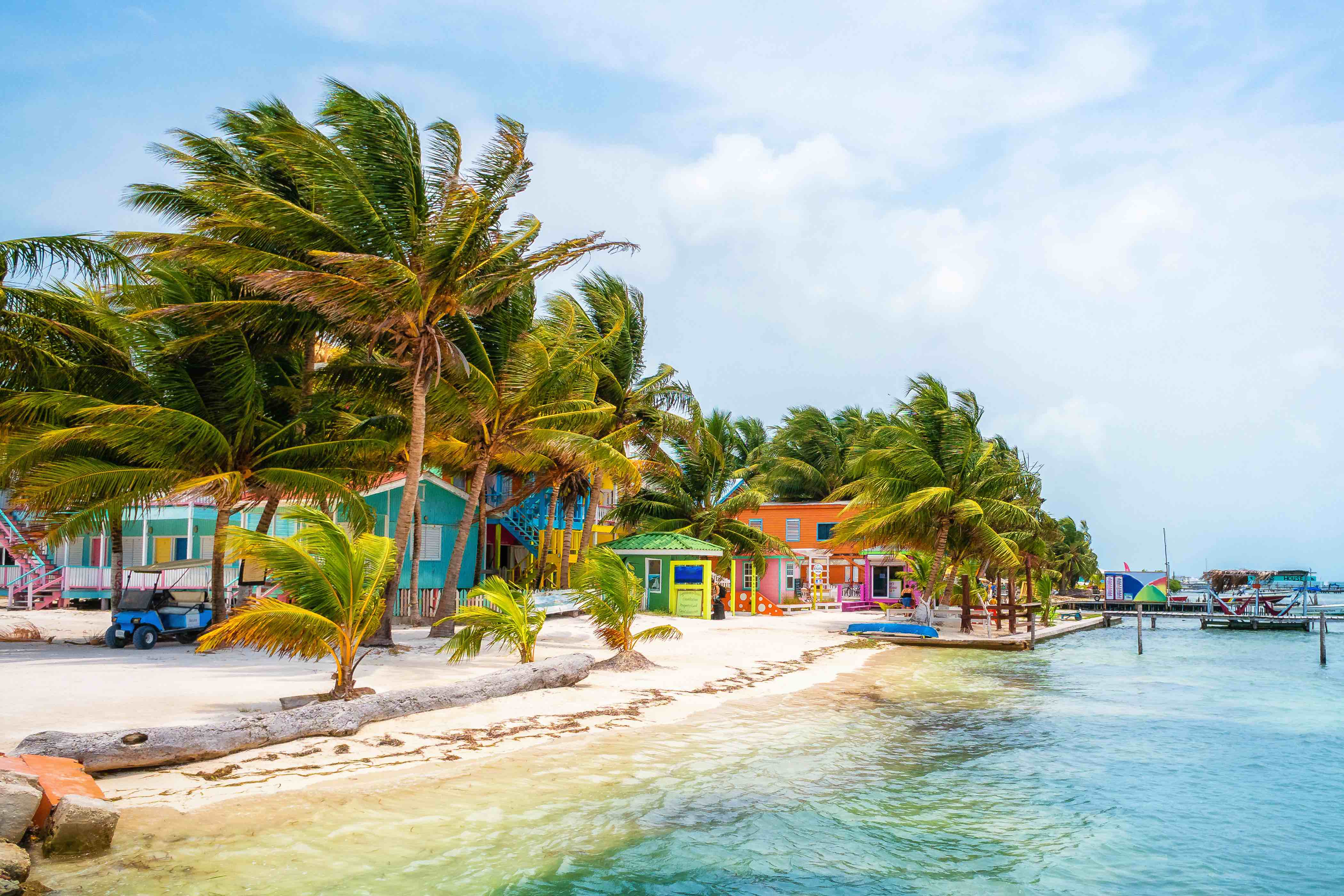 “Comfortable rentals, either short- or long-term, are not easy to find in Cayo, and I believe these tiny cottages will be in high demand,” Simon continued. “And the cost of entry is appealing, at less than $100,000.

“Using a conservative 50 percent occupancy rate, the yields for this hit my target of five to eight percent net per year before taxes. However, this purchase also plays into my long-term lifestyle plan. Kathleen and I like the idea of being able to spend a couple of weeks in Belize every year, one in our cute little self-sufficient cottage in Cayo and the other in our 5-star beachfront hotel unit on the sandy coast of Ambergris Caye. In fact, the hotel unit we’ve invested in comes with four weeks of personal use, meaning our kids could spend a week or two here each year, as well.”

The hotel unit isn’t a time-share or fractional ownership. It’s full ownership of a unit that will be part of a brand-name property. Net rental return projections for this investment hit double digits once the hotel is fully operating.

Word continues to spread on all this country has to offer, and tourism-related industries are enjoying the growth that reality suggests.

The hotels and restaurants tourism subsector grew by 17.2 percent through the third quarter of 2018, thanks to a 15.3 percent increase in overnight visitors for the period. As the number of direct flights to Belize increased, the number of visitors from the United States rose by 16.2 percent, while tourist numbers from Europe were up 22.7 percent and the number of Canadian visitors increased by 56.7 percent.

Cruise traffic, likewise, expanded substantially. The number of cruise visitors to the country through the third quarter of this year increased 55.5 percent.

“I’ve been bullish on Panama for property investment for almost 20 years,” said Simon. “This country’s real estate markets have seen ups and downs over that time, of course, but mostly ups.”

The 2008/2009 global real estate crash had a much less dramatic effect in Panama than in other countries in the region for two reasons. First, Panama enjoys a broader demand base. Second, there’s little leverage in play. 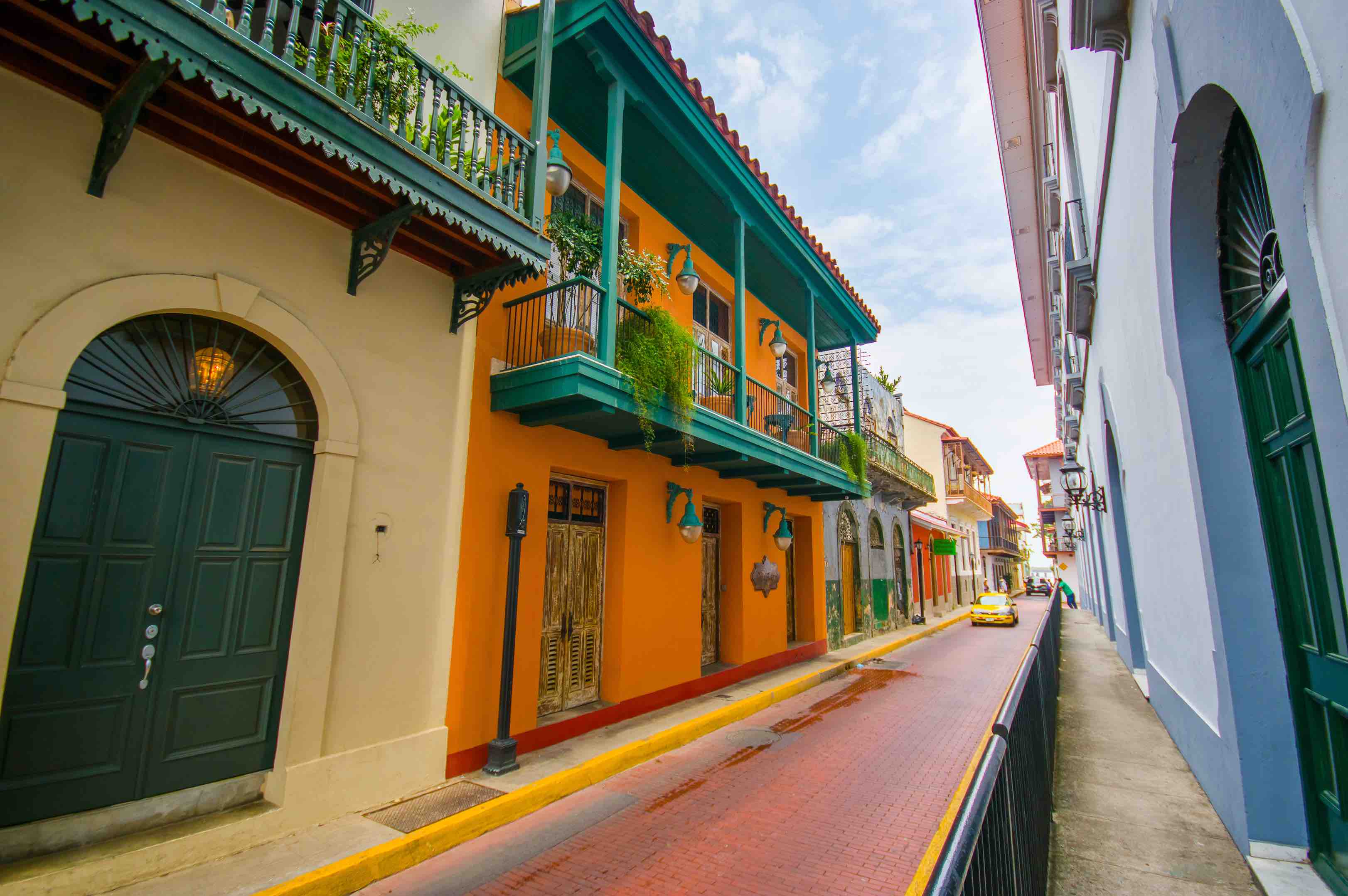 Prices in Panama City today are multiples of prices a decade-and-a-half ago. However, comparing apples to apples on a global scale, they remain a good buy on a per-square-meter basis and continue to generate a strong and reliable rental return.

That said, this is a dramatically different market from 15 years ago. Back then, you could have bought almost anything and realized a profit. In today’s boomtown Panama City, hustlers abound. You need to know where to look and what specifically to buy.

Simon first invested in Portugal in 2015. “Looking back now, I can call this as the market bottom in the wake of the 2008 global property crisis,” said Simon. “You can still find properties on the books of banks and financial institutions in this country, but those kinds of deals are mostly history.”

Property prices in the hot spots of Lisbon now resemble prices for comparable properties in Barcelona and Rome. You can still find good deals in areas that haven’t yet been fully re-gentrified, but the best deals today are renovation projects.

This is increasingly true across the Algarve, as well, where renovation projects are the best buys. A property ready for rental today likely comes with a price tag that translates to a net rental yield of maybe five percent or maybe not even. While prices have risen, rental rates have not kept pace, meaning yields have fallen from the eight percent to 10 percent net you could have expected two or three years ago if you bought right. 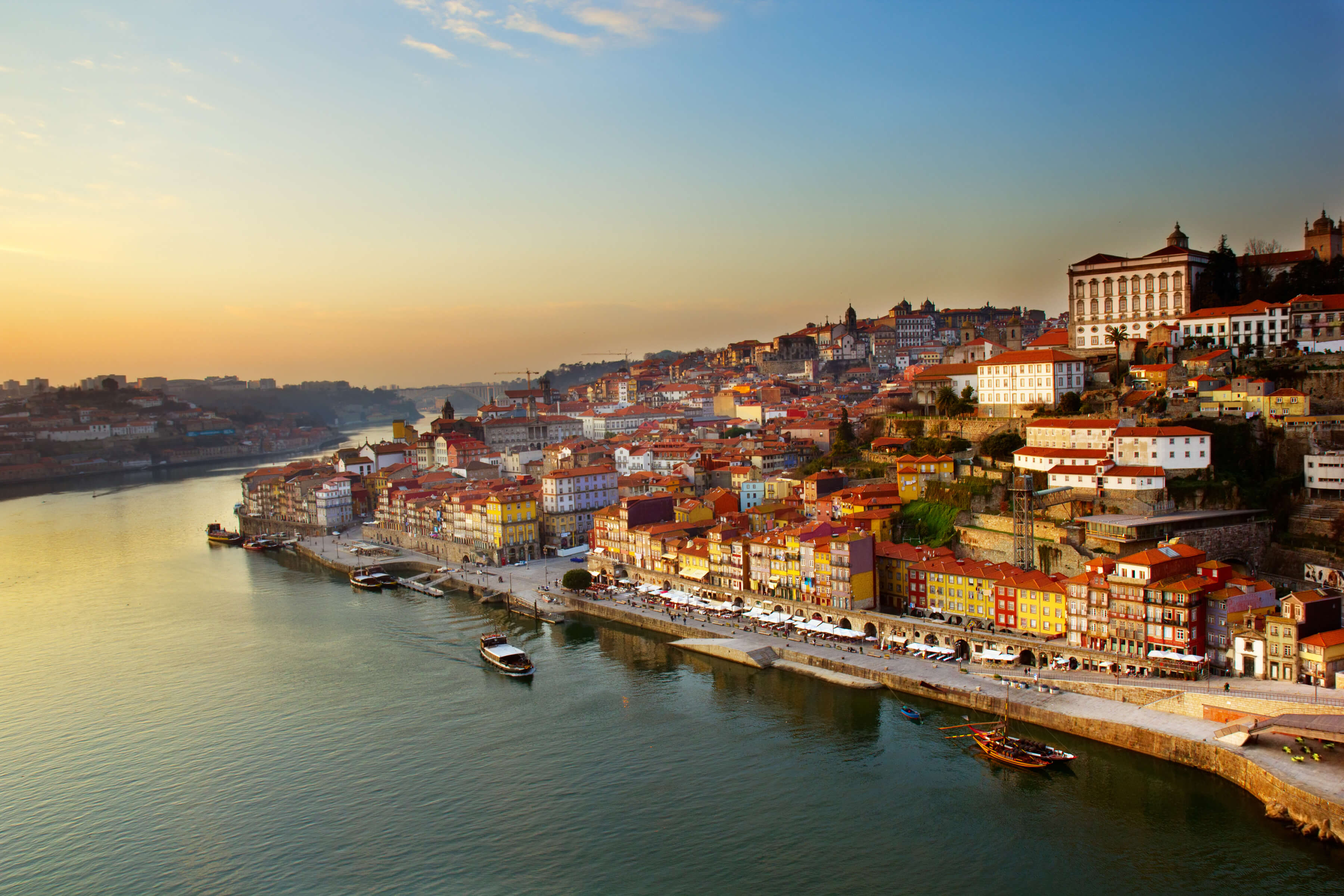 The Portugal market requires more work today than it did a few years ago, but it’s worth it. The numbers of both tourists and foreign retirees choosing to spend time in this country is rising and will continue to do so. Some Portuguese aren’t happy, as the phenomenon is pricing the locals out of some markets. However, overall, this is a stable country with a strong economy.

Portugal’s coast isn’t nearly as overbuilt as the coast of Spain and won’t be, thanks to serious restrictions on oceanfront development. No new construction is allowed within 500 meters of the coast.

“A friend owns a house within that zone and couldn’t even add a pool house for her already existing pool. Construction up to two kilometers from the coast comes with height restrictions, meaning no towns like Benidorm, Spain, with high-rises at or even near the beach,” said Simon.

Note that it’s possible to get a local mortgage as a nonresident for the purchase of property in this country.

“I’ve been watching the real estate market in Montenegro develop since 2005, when I made an investment in Croatia. I made the trip across the border south of Dubrovnik to Kotor more for vacation than property scouting, but, as happens for me often, once there, I was inspired to look at property for sale,” said Simon.

Kotor is a fairy-tale medieval town on a sparkling bay. Seeing its historic stone structures, one can’t help but wonder what they cost to own. Our research found that prices were lower than in Croatia, but the market was moving more quickly. 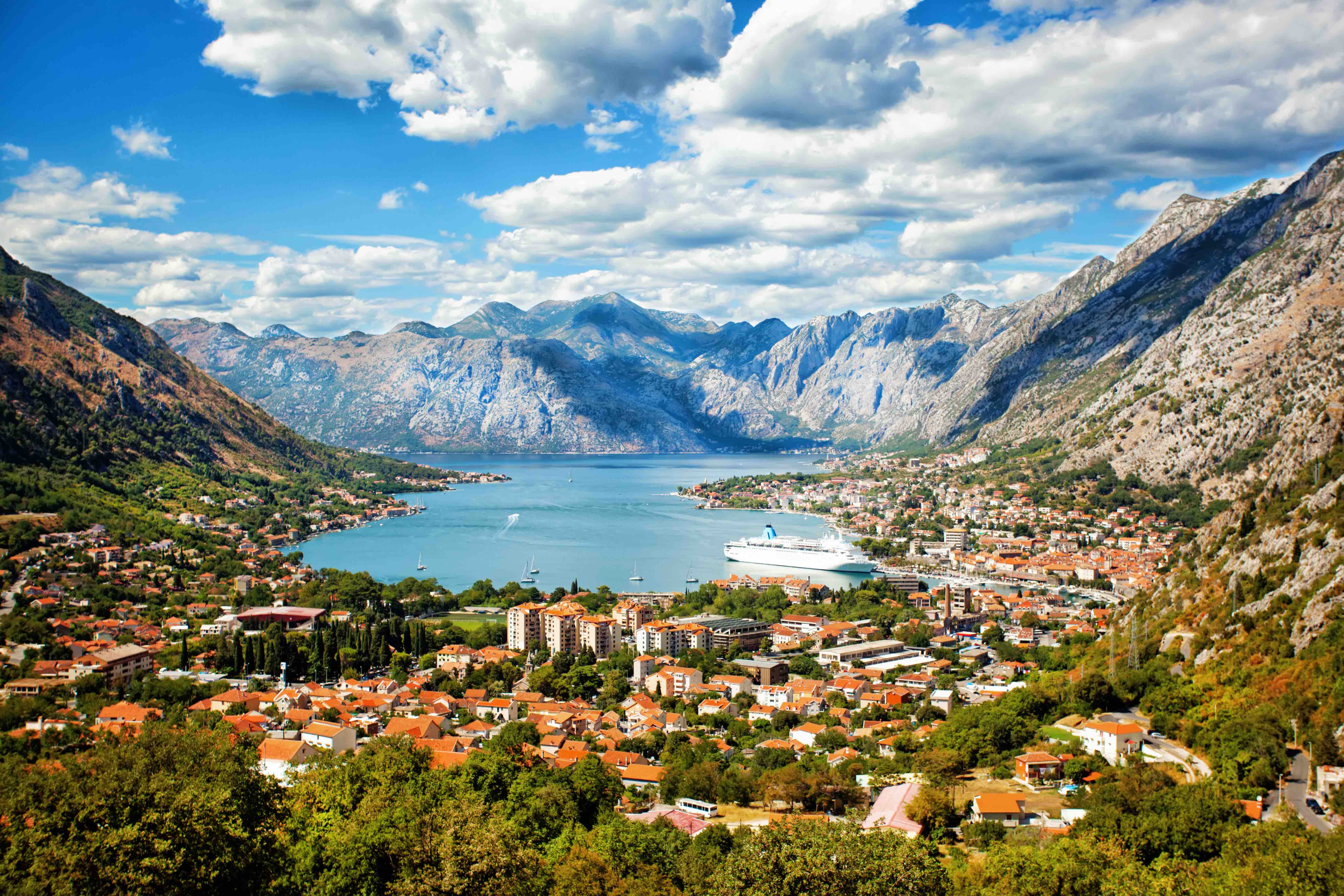 “Values in Kotor moved up fast and then took a big hit following the global real estate collapse of 2008. Two years later, Kathleen and I moved from Europe to Panama, and charming Kotor fell off my radar,” said Simon. “Now that Montenegro is on a path for EU membership and gaining growing stature on the world stage, Kotor is back in my sights. When I was paying attention back in 2005, the market was driven mostly by Russian and Serbian tourists. Today, Westerners are increasingly on the scene.”

The difficulty is that Montenegro is a small country and Kotor is a tiny city. Not a lot of inventory.

Puerto Rico isn’t technically offshore for an American (as it’s an unincorporated U.S. territory), but it’s on our list for 2019 thanks to the 2017 Tax Cuts and Jobs Act.

The tax incentives were created to spur investment in U.S. Opportunity Zones in general and apply beyond Puerto Rico. However, in the case of Puerto Rico, the entire island is an Opportunity Zone, meaning you can invest anywhere and qualify for the tax deferrals created by the new tax law.

However, you can’t buy just any property and benefit. You must make an investment in new construction or a renovation, meaning this isn’t an easy or a straightforward opportunity for an individual investor.

Tax incentives aside, Puerto Rico is a good rentals market. Tourism has already begun to rebound, while other industries are still recovering. And, if your investment qualifies under the Opportunity Zone law, your returns benefit from the tax deferrals now available.

About Live and Invest Overseas

Based in Paris, France, and Panama City, Panama, LIOS is the leading resource for people who want to live, retire and invest overseas. Headed by Kathleen Peddicord and Lief Simon – who collectively have more than 40 years’ experience visiting, living and investing in foreign countries – LIOS and its free e-letter service, the Overseas Opportunity Letter have more than 400,000 regular readers. More info available at www.liveandinvestoverseas.com.