The Younger the Homebuyer, the More Wealth Amassed

A study from the Urban Institute finds that those who bought earlier got the biggest bang for their housing buck over their lifetime.

Those who purchase a home as young adults benefit later in life, the effect is significant compared to those who wait longer to become homeowners, according to Urban Institute research. Those who bought their first home between ages 25 and 34 have the greatest housing wealth by their sixties. By age 61, their median home equity (in 2015 inflation-adjusted dollars) is close to $150,000.

Those who bought their houses later have significantly lower housing wealth. Ten years of appreciation alone can make a big difference. There is a $72,000 difference in the median housing wealth of those who bought their first home between ages 25 and 34 and those who waited until they were 35 to 44. If they wait until they are 45 or older, the median wealth is more than $100,000 lower. 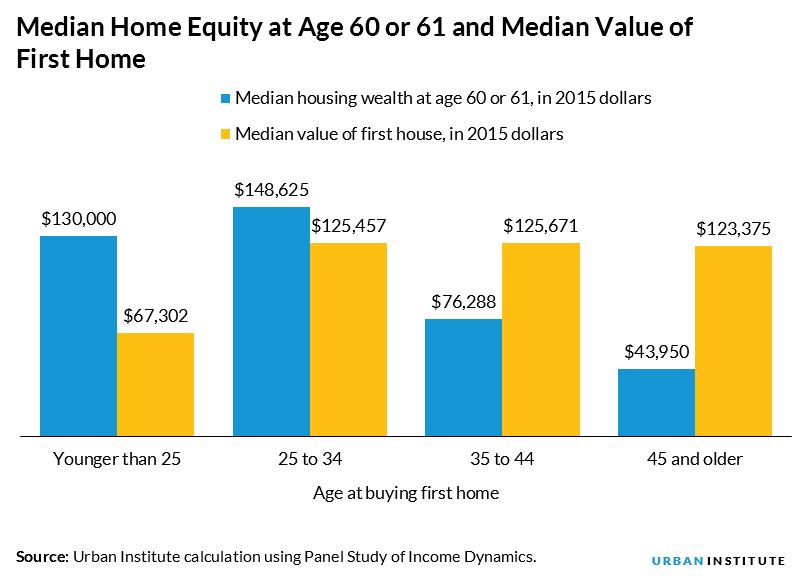 But even though these younger homeowners ended up with less median equity, they have the largest return on their housing investment. The ratio between the median home equity at age 60 or 61 and median price of the first home decreases with the first age of homebuying: the ratio is highest for those who bought their first home before age 25 (1.93) and the lowest for those who bought their first homes after age 44 (0.36).

The bottom line is, those who bought houses before age 25 got the biggest bang for their housing buck.

Those who bought earlier have less mortgage debt in their sixties

Those who bought before 25 have lower median house value when they are older (as would be expected from their lower educational attainment) but have lower mortgage debt because they have owned their home longer. Their median remaining principal is less than $11,000, considerably lower than the other three groups. 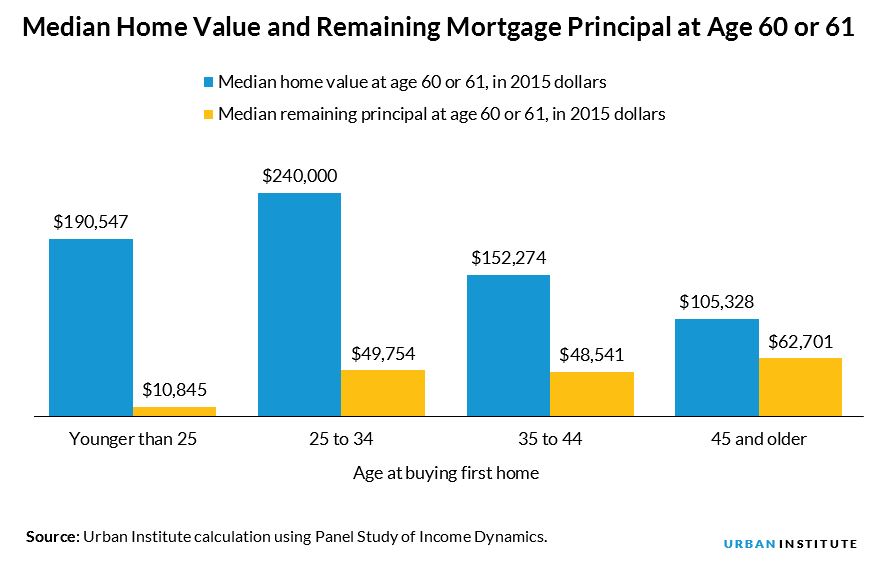 The Urban Institute’s analysis shows that those who bought their first home earlier are financially better off in their sixties. This suggests that deferring home purchases could have long-term economic consequences for millennials and the nation’s economic well-being.

As people age into retirement, they rely more heavily on their wealth rather than their income to support their lifestyles. Today’s young adults are failing to build housing wealth, the largest single source of wealth, at the same rate as previous generations.