Wealthy Millennials Are on the Move

Mark Zuckerberg, CEO and co-founder of Facebook, may have been on the forefront of a migration trend when he relocated to California from Massachusetts. 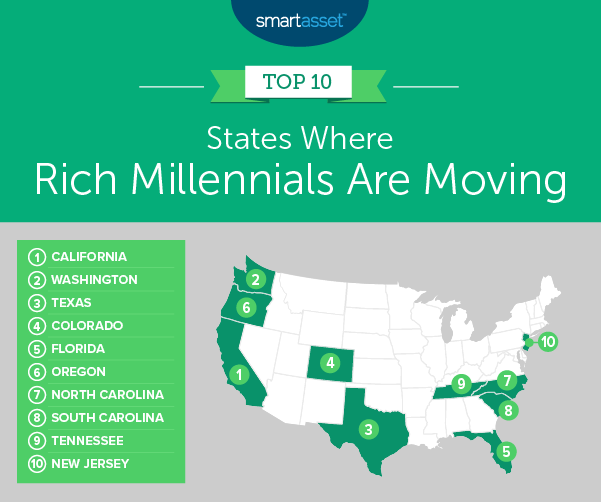 One of the key takeaways? Rich millennials are moving to the coasts. “Seven of the states in SmartAsset’s top 10 were either on the East Coast or the West Coast,” according to the report. “With Texas on the Gulf Coast, that makes Colorado and Tennessee the only landlocked states in the top 10.”

California topped the list, with an influx of just over 17,000 wealthy millennials moving in from 2015-2016. The Golden State was followed by Washington State.

Save for New Jersey, the Northeast wasn’t popular with wealthy millennials.  Five of the bottom 10 states (Connecticut, Maryland, Pennsylvania, Massachusetts and New York), plus the District of Columbia, were located in the Northeastern region of the U.S.